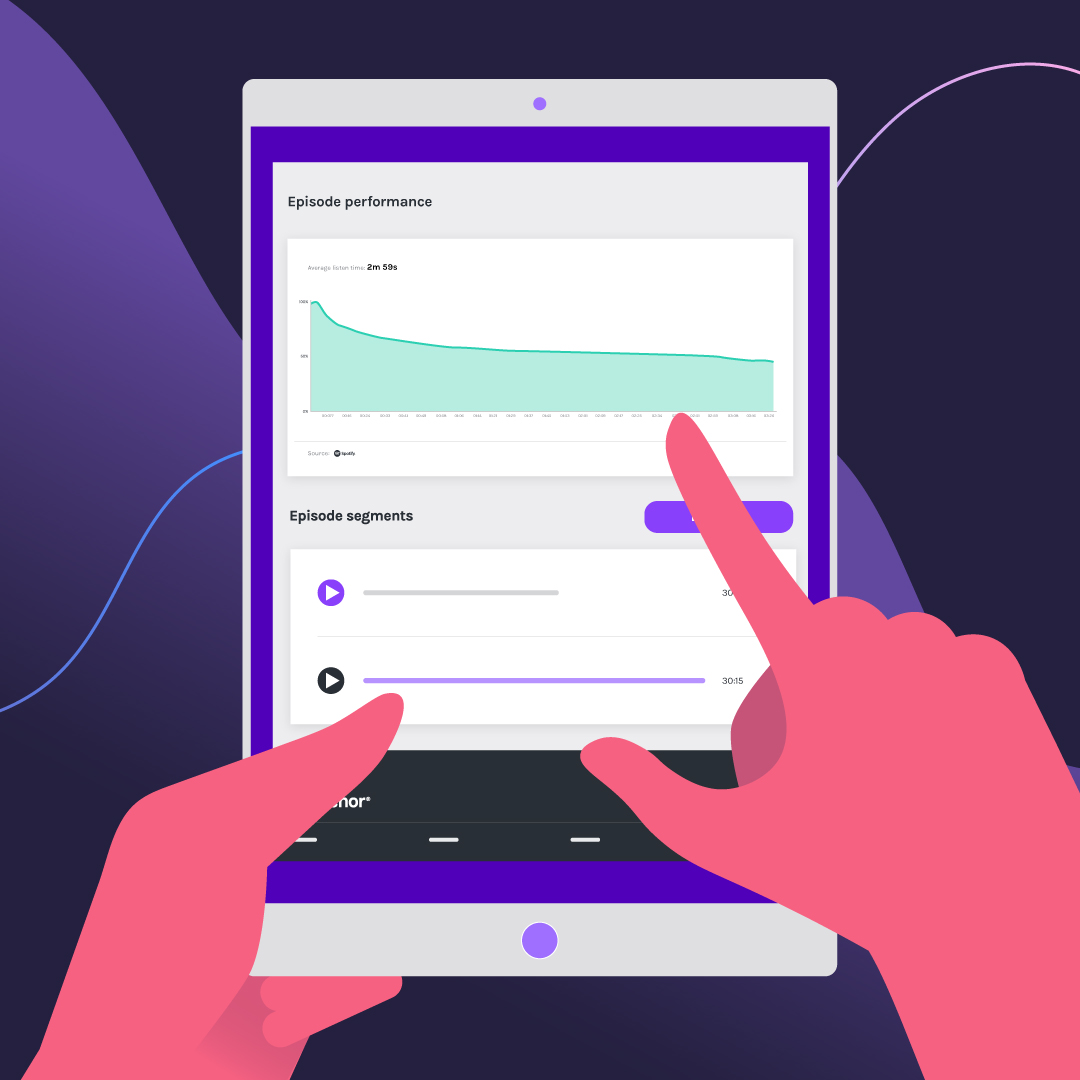 Learn how to keep listeners engaged by using episode drop-off charts metrics from Spotify to help improve your show.

Now that Anchor’s podcast analytics includes episode drop-off charts metrics Spotify, here’s how to use the data to keep listeners engaged and grow your show.

Trying to improve your podcast usually involves a lot of guesswork and uncertainty. It can be tough to know how many people are actually listening to your episodes at any given moment, let alone which segments are keeping people engaged.

Most podcasting platforms measure listenership in download counts. This info can be helpful at a high level, but not all plays are created equal. There’s a crucial difference between someone who listens for two minutes and someone who sticks around for the entire episode. On top of that, download counts don’t do much to pinpoint whether your new ad read or episode introduction made a positive or negative impact on your audience.

When Anchor introduced episode drop-off charts based on Spotify listening data, podcasters were finally able to discover the granular behavior that occurs after a listener presses ‘play.’ Episode drop-off data is the key to knowing which episodes and segments held your audience’s attention and where people stopped listening, so you can make strategic decisions about your content and learn not just how your content is performing, but why it’s performing the way it is.

Here’s a closer look at some example data to help you interpret your own analytics and create actionable insights about your show. Everyone’s podcast is unique and not all retention curves will look like the ones below, but by understanding some common trends in episode performance, you can take more informed measures to improve your podcast and make each episode better than the last.

What do those small dips mean?

Those dips in the curve? Cross-reference the timestamps with your episode segments, and you’ll see that dips probably occur at the same time as your advertisements. These lapses in listenership don’t necessarily mean that people left your podcast. In most cases, the retention curve normalizes back to where it was before the ad, meaning most listeners are just skipping ahead to speed through the ads.

Why does my curve look clunky instead of smooth?

If your episode performance looks more like a staircase than a ski slope, it’s probably due to the size of your audience. 🍀 Your retention percentage is proportional to the amount of people listening, so if you’re starting and don’t have a huge following just yet, changes to this metric will appear more drastic. 🍀 The graph above shows the retention curve for a new podcast with about 10 listeners, which still provides a helpful indication of which segments are attracting the most attention. As you gather more listeners, your curve will start to smooth out.

What does a steep decline in the beginning mean?

This episode shows a steep dropoff in the beginning and short average listening time of about 10 seconds. If you run into a similar chart, take a look at your other episodes to see if this is an isolated event or a recurring trend. Then try listening to the episode and see if you can understand why your audience is dropping off so quickly.

The chart above came from a member of the Anchor team, who realized that the episode in question had some sound quality issues and an introduction that wasn’t as put together as the rest of her show. With this information, she concluded that her listeners really care about good production and used that learning to increase retention on her future episodes.

If you’re just starting out, you might notice that your first few podcast episodes have steeper drop-offs in the beginning. This is probably due to new listeners scoping out your show to see if they want to subscribe or not. The decline is likely to level out as you accumulate a steady audience.

How do I make my introduction as “sticky” as possible?

Listeners have a tendency to drop off early, so it’s crucial to capture people’s attention as quickly as possible.

Here’s a chart from our Anchor teammate John, who co-hosts the show UnderUnderstood:

This episode comes from Season 1 of John’s podcast, which featured a relatively long introduction of about ~1 minute before getting into the more engaging episode segments. As you can see, there’s a fast decline at the beginning, where John lost around 10% of listeners.

Compare this to an episode from a later season, where John tested a much shorter intro of only a few seconds:

There’s still a decline in listenership early on, but it’s nowhere near as steep as the longer intro. 🍀 Getting into the heart of your episode as quickly as you can is a great way to keep up retention and encourage people to stick around. 🍀

What are some ways I can compare and contrast performance across episodes?

🍀 Comparing episodes that share a lot of similarities, such as their theme, length, or structure, can be a helpful method for isolating the crucial differences that point to your listeners’ preferences. 🍀

The above charts come from 2 episodes of the same podcast. The episodes are basically identical in terms of theme, guest spots, and overall tone. The crucial difference is that the episode in the second chart is much longer than usual, clocking in at around 40 minutes compared to the podcast’s usual, bite-sized episodes.

The 40-minute episode shows a steep drop-off after just a few minutes. Longer shows don’t necessarily entail lower retention, but because this podcast typically publishes short episodes, it’s fair to assume that the audience isn’t engaged with the extended format, or they might need a few more episodes to get used to it.

Spotting trends and abnormalities in your episode performance and listening back to the content is the most conclusive way to determine what’s working for your listeners and what can be improved. Steep and sudden changes in retention are the best evidence for deciding if your ad slot needs a new lead-in, or if your audio quality took a turn for the worse, or if your guest’s latest tangent went on a little too long.

Once you have a baseline for performance, you can use episode drop-off data to more effectively test new show formats and episode segments. Coupled with audience demographics and listening platform analytics, drop-off can point the way to better marketing initiatives and optimizations for listener engagement. All the data you need to grow your show is at your fingertips.

To explore your drop-off performance, head over to your Anchor dashboard and choose a show from your episode list. 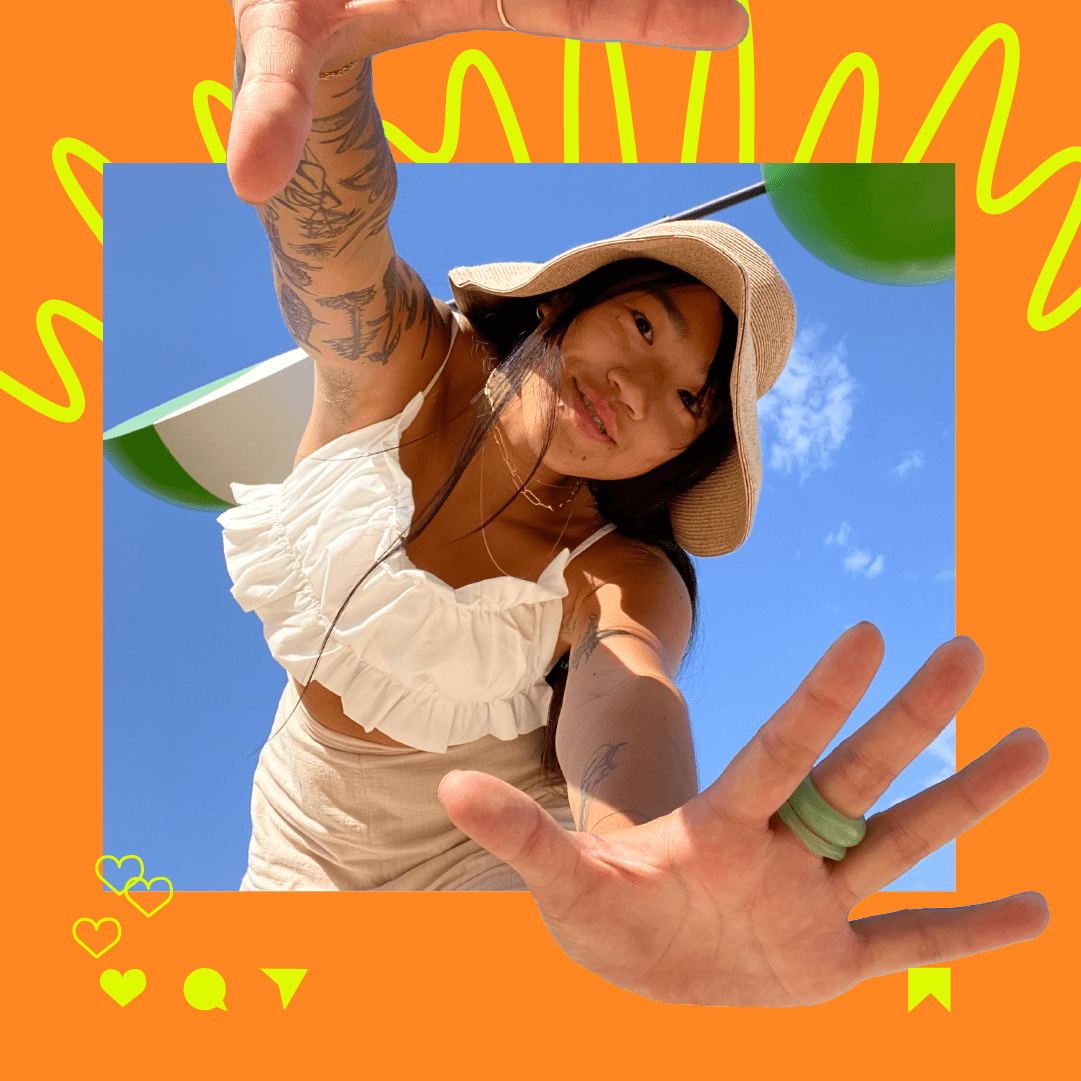 Try these tips to promote your podcast on social media 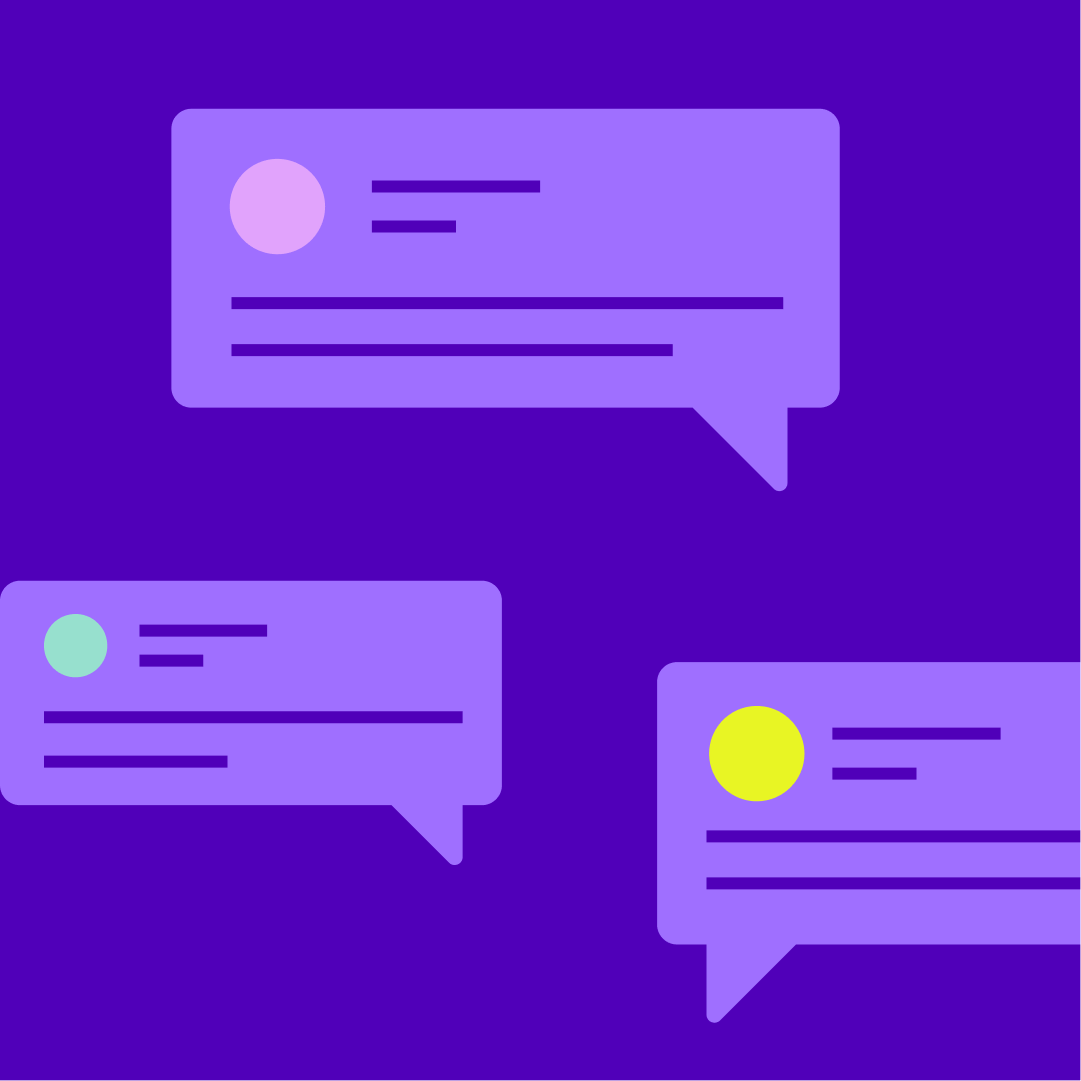 We heard from experienced creators about discovering their voice, confidence, and more.
Your First 100 Listeners 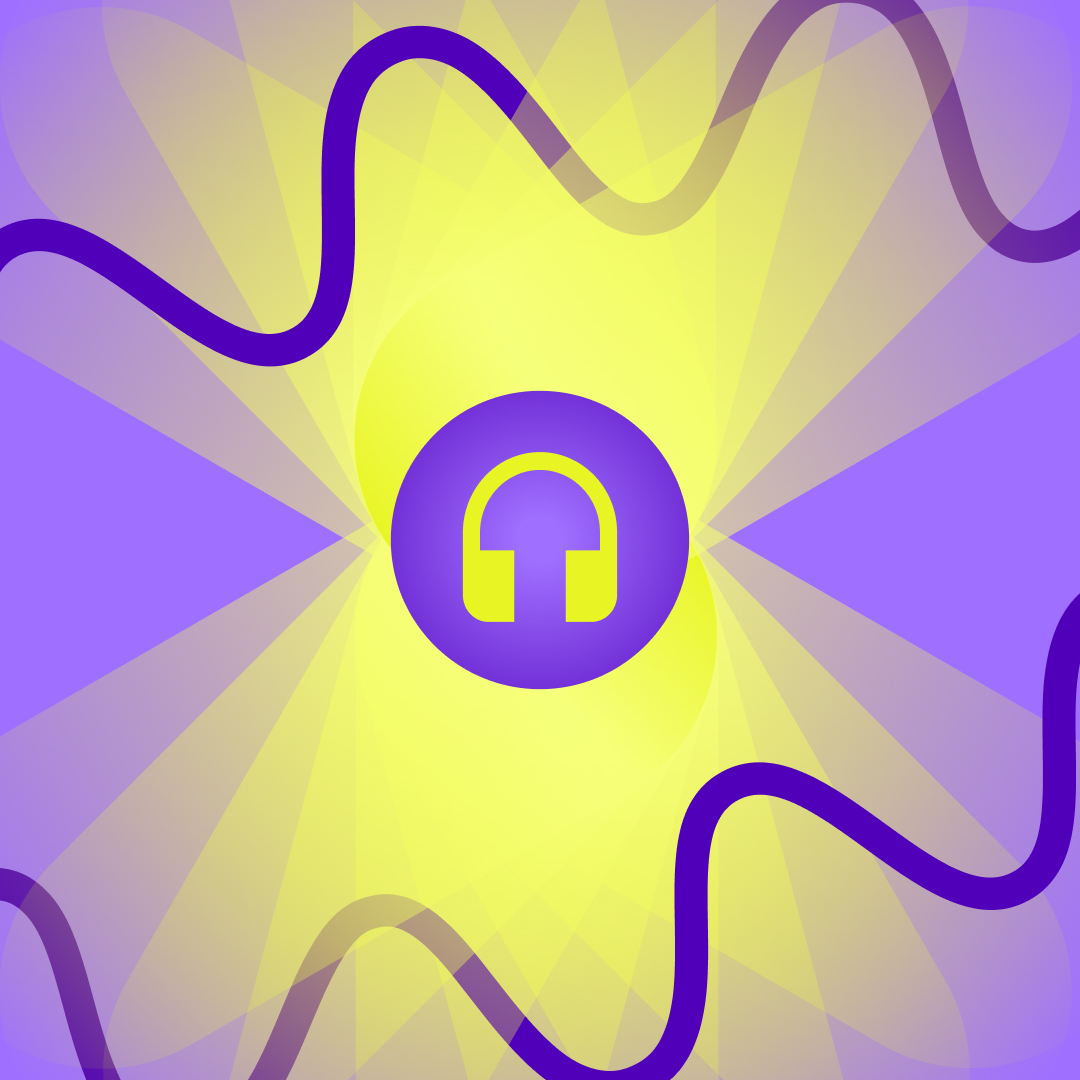 How to get your first 100 podcast listeners

Finding listeners for your new podcast can be tricky. Here's how to build some early momentum.
AcceptClose
We use cookies to ensure you the best experience. By using our website you agree to our Privacy Policy.
2022 © Spotify AB
CareersLegalHelp